A reminder that the Trailer Park Boys will be at Club Regent Event Centre tonight for their Dear Santa Claus Tour.

Trailer Park Boys is a Canadian comedic mockumentary television series created and directed by Mike Clattenburg that focused on the misadventures of a group of trailer park residents, some of whom are ex-convicts, living in a trailer park located in Dartmouth, Nova Scotia. The television show premiered on the Showcase television network in 2001. The final season ended in 2007. In March 2014, Netflix announced plans to air seasons eight and nine, with three new specials, premiering September 5, 2014 exclusively on their streaming service. 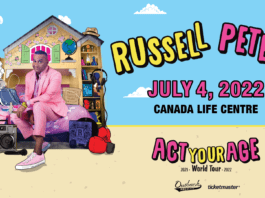