In 1988 the Palomino Club was opened on Portage Avenue and after 27 years, it has never looked back. Until now. The old location will make way for condos at Portage and Minto and the owner is looking for a downtown location near the MTS Centre. The spot that owner Carey Paul has his eye on is the empty space where 4Play Sports Bar was.


It is the end of an era for the Palomino Club not to mention for restaurants and bars at that location over many decades.

At Portage and Minto there have been many places. Here’s a list that is likely not complete:

Not sure of the order or years for the last ones.

One wonder when the 60 condos are built on the site whether the faint sound of ghostly music will waft through the air.

The location that Palomino is mulling also has had many years as various incarnation of nightclubs. In 1984, it was converted into a very fancy place called Dayton’s. It took the name from the 1955 building it occupied of the same name that had housed a department store. The basement of the building was home of Holiday restaurant from 1955 to 1967 and then it was the Prime Rib Steakhouse from 1967 to 1973.

The Dayton’s department store lasted till 1983 before finally closing. The recession had hit Winnipeg hard with massive business closure during the 1980s. North Portage was a patchwork of some viable businesses and pinball shops and an adult theatre. Still, four Vancouver businessmen thought enough of the Dayton’s building to covert it into a nightclub in 1984. Some $750,000 was spent and a dress code and cover charge was put in place. Friday and Saturdays were very busy but the sound of crickets was heard other days of the week. By 1986, a refurbishment and change of name to Times took place and the atmosphere was less fancy.


The new California format worked well on weekends but the continued migration of business, residents as well as nightclubs to the suburbs continued unabated. A murder on the premises in 1999 reinforced the idea that there was danger around. The business continued to run primarily as a weekend club.

The arrival of the MTS Centre in 2004 inspired some confidence to the area and new investors jumped and a new club format was introduced called Blush Ultraclub. Nearly $2 million was spent and the security was very tight to inspire some confidence which had nearly evaporated in the area. Despite a good effort though, the club was not able to breakaway from just being successful on weekends. The Manitoba Moose were not the Winnipeg Jets. many young families attending games had no use for a nightclub before or after games.

By the end of 2009, Ultraclub closed down. It opened a year later as 4Play Sports bar just as the Jets came back to town. To be sure many bars and restaurants found their business boomed with the team’s arrival. 4Play found it difficult to expand beyond evenings, It didn’t help that the NHL had a lockout as well. A shortened season was enough the put a crimp is most downtown businesses.

As of 2013, the old Dayton’s space has sat empty waiting for a concept. The Palomino has a proven customer base and has busy nights other than just weekends. There are now residents downtown where there were none just a few years ago. And the Jets and the Moose now share the MTS building and next year RBC Winnipeg Conevntion Centre doubles
in size.

The dream of creating a bustling entertainment district just got a little stronger this week. 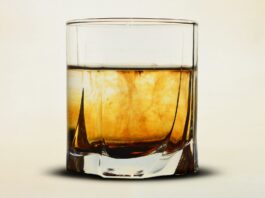 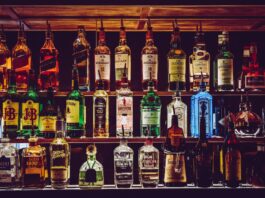 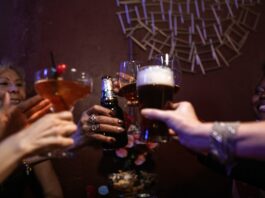