TOP 5 AMUSEMENTS THAT WINNIPEG USED TO HAVE

This Friday the Red River Ex comes into town. Every year we can always count on “The Ex” to come back into the city and entertain us once again. But what about all those places and things that used to entertain us and that have closed down or left us and have never come back? Come take a walk with me down memory lane as I count down the…

McFly, lets go back to the 90’s. This place looked like it was straight out of the scene of an “OG” Star Wars movie. The ground was pink with a metal grill to give it that spaceship look (I always thought that they made the floor like that, so if you dropped your quarters there was no way of getting them back.). This arcade housed well over 50 machines including Captain Commando, Sega’s Time Traveler, and WWF Wrestlefest. The arcade even had an area where you could play Sega Genesis games. Like most arcades, “Lasers” even had machines that rewarded you with tickets. Those tickets could be traded in for prizes much like Topo Gigio’s. Rumors in the school yard say that this place was infested with rats that’s why it was closed down.

What’s there now? A Tall woman’s Store, a Buck or Two, and Telus…

What do we have to fill in the void? Playdium in Silvercity.

If you’re in your mid-20’s you have had to have been to a birthday party at Chuck-E-Cheese. That is because it was where all the cool kids had theirs. This place had 3 of the greatest things that kids could ask for… Pizza, Arcades, and BALL PITS! Where else in Winnipeg (at the time) could you run through a play structure (which looked like a giant hamster habitat), slide down it’s slide and end up in a ball pit! This place also had ticket machines so you could trade your tickets in for prizes. I remember going here for Lyndon’s birthday and bringing home a Chuck-e-Cheese piggybank.

What’s there now? A place where kids that used to go there can now be adults… Coyotes :)

What do we have to fill in the void? The closest thing I can think of is Topo Gigio’s.

How cool was this place? It looked like it was straight out of that scene in Batman Forever where Robin fights a gang of misfits in their glow in the dark graffiti hideout. You’d pick your team, Red, Blue, or Yellow, grab you gear in another room, meet up with your team in a closet so your gear would power up and then the game would begin. In the game, you’d shoot each other (in the chest, back, shoulders, or gun) or shoot down other team’s base’s to gain points. At the end of the game a screen in the lobby would show you which team won, and you can get a print-out of how you did individually. Various celebraties went there while they were in town, including Jonathan Brandis. Who was in the film Sidekicks with superstar CHUCK NORRIS (so in a way Dark Zone was Chuck Norris Approved hahaha!)

What do we have to fill in the void? Extreme Tactics and Paintball Paradise

Where else can you watch new release movies in the comfort of your own vehicle?

The Drive-In was a great place to take the family, hang out with friends or go on a date. Back in the Drive-In’s early days, vehicles would park beside a pole which had removable speakers attached to them. Customers would attach these speakers to their vehicle’s window in order to get the sound for the movie. Later on, the Drive-In removed these speakers and started using a radio frequency in order for viewers to hear the movies. This was good for people that had wicked systems in their cars but, bad for cars with weak batteries. One of my favorite things about the Drive-In was you can bring your own food with you (nothing like eating Domino’s pizza at the Drive-In.). On long weekends the Drive-In would run 3 movies instead of the normal 2.

What’s there now? An empty field.

What do we have to fill in the void? FreshAirCinema

To this day, 12 years after losing the team, supporters still fight to bring the team back. Memorabilia is still sold in stores and the team is still recognized in numerous NHL video games.

What’s there now? Well the Winnipeg Arena (where the Jets played) has been torn down and is now a parking lot.

What do we have to fill the void? The Manitoba Moose 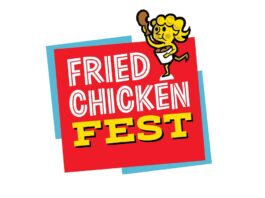 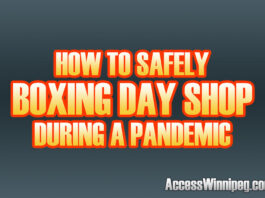