” I don’t know if it’s Buckley’s dream to be an essential new voice in Canadian music, but she is. Everywhere I Used to Be proves it! – CBC 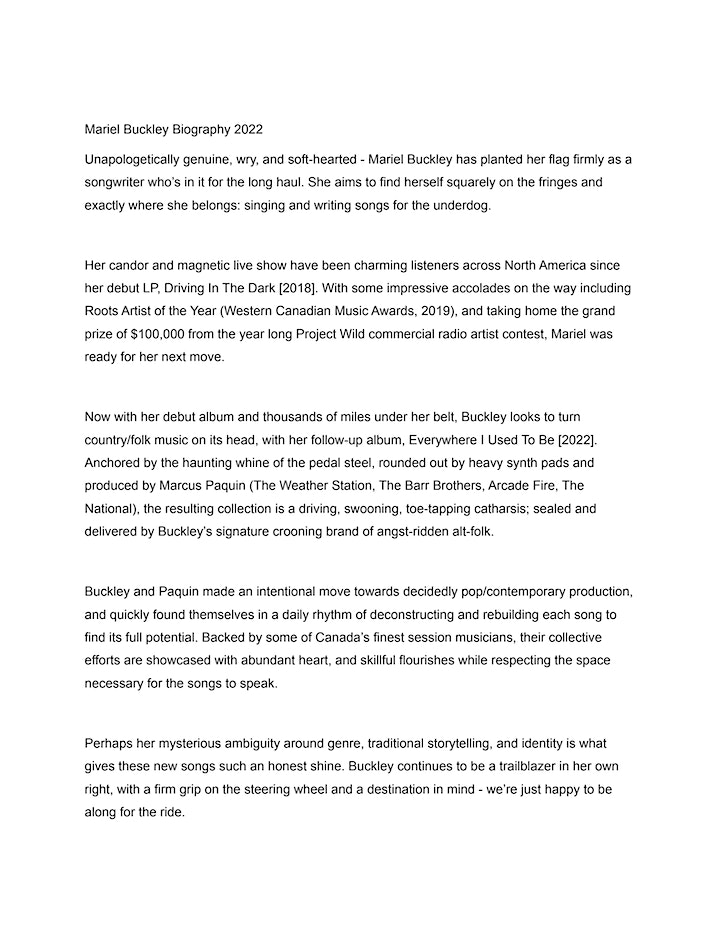 “There’s a grit to Mariel Buckley’s voice that can’t be manufactured with studio wizardry. She can hit heavenly registers, but always with a tinge of angst, like tasting a bit of coffee grounds at the bottom of a cup of velvety coffee, the mark of handcrafted majesty.” – Edmonton Journal

” is an improbable palette. But that it all works to such brilliant effectis a testament to Buckley’s particular gift as a songwriter: to reach into the shadowed places between worlds whose edges don’t quite line up, and find a way to call them home.” – Country Queer

“Don’t let Mariel Buckley’s twang and the moaning pedal steel that opens “Shooting At The Moon” fool you. This is no laid-back two step ditty. It’s pure fire, a rock and roller driven by guitars dripping reverb and a freight train rhythm section hell bent on jumping the tracks. Our alt-country-loving neighbors in Canada have known about Buckley since she began gathering laurels after the release of her first record back in 2018. It’s about time we start paying attention down here.” – Blue Ridge Outdoors